Santa Monica Bike Share program should be funded by cap and trade funds, not corporate advertising

Subject: 8-A: Award of Contract for Bikeshare Installation, Launch and Operations and Related Program Policy Direction

This statement also appears in English on the city website.

To promote the arts in Santa Monica, I support building upon the City's 2007 Creative Capital Plan, including

• Adaptive restoration/cultural use of the Santa Monica Civic Auditorium

• Convert the landmarked Sears Building on Colorado Ave. west of 4th Street (across from the 4th/Colorado Expo rail stop) into a major cultural destination, along with bridging over the top of the freeway between Main St. and 4th next to Sears, to create an integrated public plaza/low scale cultural/commercial public-transit oriented regional center.

• After Santa Monica takes control of Santa Monica airport and converts most of it into a public park, create an integrated cultural campus on the southwestern side, expanding upon the Santa Monica Art Studios, Santa Monica College Arts Building, Ruskin Theater and Barker Hanger.

To provide a substantial increase in funding for the arts, I am advocating a substantial public infrastructure project to bridge over the top of the 1-10 freeway and cover it primarily with parkland. With Santa Monica's Percent for Art program in place for such capital projects, since the project itself will cost several hundred million dollars depending upon its ultimate scale, this will provide several million dollars for public art.

One of my primary interests in politics is electoral reform, to improve our democracy. I've studied electoral systems around the world and traveled to other countries to learn about their use.

Here in Santa Monica, my work has included the following:

To promote a more informed electorate and to decrease the role of money in politics, I've successfully promoted an substantial increase in coverage on CityTV of ballot qualified candidates since the mid 1990s. Candidate statements, interviews and forums are broadcast for a month before the election on CityTV, valued at $12,000 to $15,000 worth of coverage per candidate.

To promote the public's right to know, I led the creation of timely local referendum financial disclosure requirements in 2001.

Ranked-choice voting for elections would improve democracy in Santa Monica.

Under ranked-choice voting, voters can rank as many candidates as they want. When combined with multi-seat at-large elections, results are more proportional. This gives voice to more residents, puts more power in the hands of voters and leads to more representative local government. Ranked choice voting also addresses key shortfalls in our current system.

For City Council in Santa Monica, elections are held in even-numbered years. Four Council members are elected in presidential election years (2016) and three in gubernatorial election years (2014). All seats are elected at-large and terms are for four years. You can cast as many votes as there are seats, with the top three (or four) finishers elected. While this system offers voters much choice, there are problems with it that ranked-choice voting can solve.

Under the current system, if you strongly favor one candidate, there is incentive to only cast one of your votes, lest your second or third preference undermines your first. Because of this, often voters don't cast all of their votes.

In a highly competitive year (like 2014), our current system makes voting more guesswork than science. It's hard to know whether your votes will go towards electing someone who reflects your positions, or someone who won’t, because of vote splitting among multiple candidates that generally reflect your positions.  Why should you have to guess which of four candidates you prefer most for three seats has the best chance of winning, when you could rank all four in the order of your preference?

That's what ranked-choice voting does - it allows you to rank as many candidates as you prefer, with the knowledge that your lower choices won't undermine your higher.

Ranking your choices also addresses another problem in our current system, the potential for majority over-representation.

Under our current voting system, in a four seat election, if 75% of voters vote for the same four candidates, they’d win 4/4 seats, instead of 3/4.  Under ranked choice voting, 1/4 of the people ranking a particular candidate first would be entitled to representation.

Ranked-choice voting is in place in Alameda and San Francisco counties, and elsewhere in the U.S. In 1992, Santa Monica's Charter Review Commission recommended ranked-choice voting as the best option for local elections. Although the City Council did not act on this recommendation at that time, in 1997 the Council conducted a study session on the topic at my instigation; and again at my instigation, in 1998 the Council gave City staff direction to further explore the use of ranked-choice voting for local elections, a process to include the Santa Monica League of Women Voters. The League conducted a public workshop and in 2001 published this study, and its membership  took the position that it “supports consideration of alternative voting systems for Santa Monica elections with a special emphasis on the single transferable vote or [Ranked] Choice [Voting] system.” In 2005 the Council received this update and gave direction to study ranked-choice voting's implementation in San Francisco. In 2007 City Staff reported upon a community meeting held to discuss improvements to the City's electoral process, including the possibility of ranked-choice voting.

The next step for considering ranked choice voting in Santa Monica would be to request that the Los Angeles County Registrar include ranked-choice voting software in its election software update, so it could be used during the consolidated local/county/state/national elections the County conducts for Santa Monica.

At the same time, exposure and education about ranked choice voting could begin on the grassroots community level – from civic and neighborhood organizations’ boards of directors, homeowners' associations, to Samohi and SMC student government and the City’s own polling of residents on community priorities.

With such a considered approach, we may find that Santa Monicans will grow to appreciate the greater flexibility and power ranked choice voting provides, and support its adoption for use in City elections.

For more, see my opinion piece Healthy Next Steps for Democracy in Santa Monica (Santa Monica Mirror, December 18, 2002) along with this video:

While on the Santa Monica City Council, I played a leading role initiating the July 2001 amendment to the City's municipal code that requires financial disclosure for all initiative and referendum campaigns during the signature gathering period, instead of just the regular calendar-based dates as required by state law, which didn't necessarily correspond to local timelines. Then years later as a private citizen in 2015, I successfully sponsored further improvements to the disclosure requirements to the City Council.

With our long local history of initiative and referendum in Santa Monica, it is essential to ensure the residents right to know.

11.04.165 Disclosure requirements during signature gathering periods for initiatives, referenda and recalls in the City of Santa Monica.
(a)   In order to ensure that any person interested in the finances of any committee that is raising or spending funds to support or oppose an initiative, recall or referendum, such committees shall file their financial disclosure documents on dates that are within the time period in which signatures are gathered.
(b)   For initiatives and recalls, campaign disclosure statements shall be filed on the fifteenth day of the signature gathering period covering days one through ten, on the thirtieth day covering days eleven through twenty-five, and every thirty days thereafter for the thirty-day period ending five days earlier through the end of the signature-gathering period.
(c)   For referenda, which have a thirty-day signature gathering period, campaign disclosure statements shall be filed on the tenth day of the period covering days one through five, on the twenty-fifth day of the period covering days six through twenty, and by the sixtieth day after the end of the period covering days twenty-one through thirty.
(d)   Otherwise, campaign statements shall be completed and filed as specified in State law. (Added by Ord. No. 2016CCS § 1, adopted 7/24/01)

Direction to staff to return with ordinance - Motion by Mayor Feinstein, seconded by Councilmember McKeown, to direct staff to research and return on July 24, with an ordinance requiring campaign disclosure requirements during the initiative, recall, and referendum process. The motion was approved by the following vote:

Member of the public Tom Larmore spoke in general support of the proposed ordinance, provided some suggestions for the covered filing periods, and questioned the emergency nature of the proposal.

Members of the public Chuck Allord and Don Gray, spoke in opposition to the proposed ordinance.

Discussion ensued relative to the emergency nature of the proposal, the need for campaign contribution and funding disclosure, the due dates for campaign statements and the periods to be covered, and the applicability of the requirements to measures.

Councilmember Katz stated, for the record, that although he agrees with the ordinance, he voted against the motion because he believes that it is intended for an upcoming referendum.

Councilmember Holbrook stated, for the record, that he voted against the motion because he does not believe an emergency exists.

Here is the text of my request to the City Council on January 7, 2015, which led to the item being agendized on the October 27, 2015 City Council agenda.

Medical Marijuana users in Santa Monica deserve safe, local and accessible access to their medicine. That's why I support local zoning to allow for medical marijuana dispensaries in Santa Monica.

Part of our overall urban planning approach should be to meet local needs locally, with locally-serving, community-based small business.  That approach strengthens neighborhoods, promotes walkability and reduces the need to drive - all increasing our quality of life.

I believe we can provide safe local access medical marijuana, while ensuring concerns raised by our public safety personnel about its sale are addressed - just like we do with other legal businesses that operate safely in Santa Monica.

For more about my views on this topic, see this October 2013 video by the Santa Monica Daily Press VIEWPOINTS: Medical Marijuana in Santa Monica

Support for Seniors to Age Gracefully in Our Community 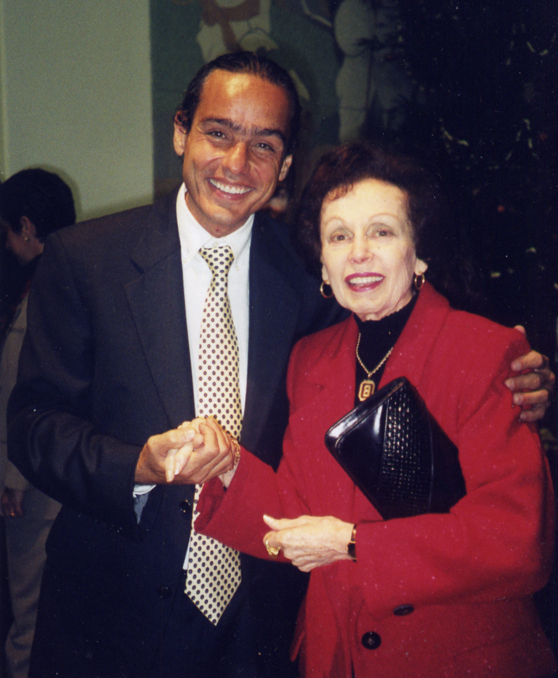 Having watched my mother live her last years here in Santa Monica, while being vulnerable with alzheimers and dependent upon the care of others - I know personally how critical it is that we ensure that seniors in our community can age gracefully, comfortably and independently as possible.

I enthusiastically support city funding for organizations like Meals on Wheels,  Westside Independent Services to the Elderly (WISE) and others, to ensure that we provide sufficient meals and in-home services, viable transportation / mobility options, mental and physical health support, affordable housing, and lively social, cultural and educational opportunities for our senior community.

Michael Feinstein on the Issues